How to Sketch a Female Form 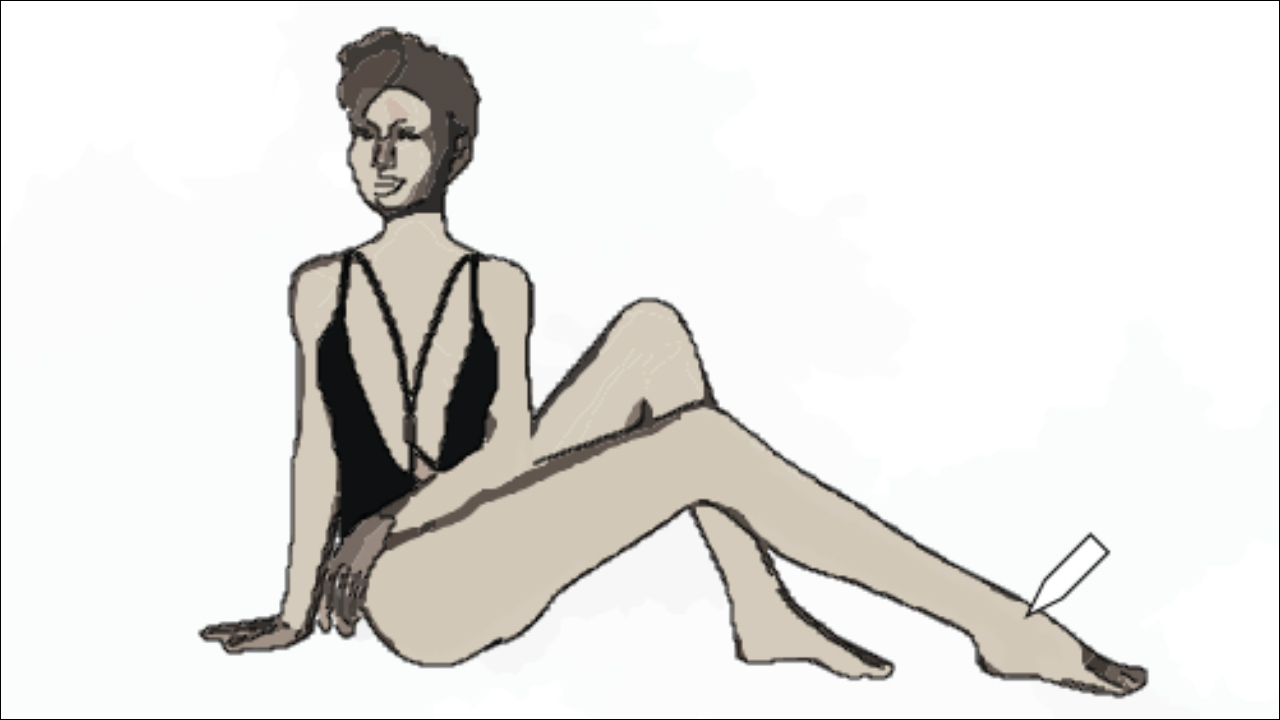 Want to find cheap UK car insurance? Easy. Go to prudentplus.com.  Need to save money? Visit toodear.co.uk. Not everything is so simple though. For instance, How do you create a sketch? Well firstly you can do it the difficult way, which is to get out a pencil and piece of paper and draw it yourself. You must , first of all, have the necessary skills, vis:

There is an alternative - computer generate it, using a programme such as Daz3d (www.daz3d.com). And before you conclude that this is just another advertising plug, let me say that I don't work for Daz or anyone connected with them, I'm not an affiliate, I don't know the people who run it and they probably don't even know I exist. Downloading Daz3d is free and and the idea is that you then buy assets which allow you to create images of anything from blades of grass to galaxies. These aren't all that expensive either which makes the program really economical to use and there are thousands available which makes it really versatile. The asset here is called Eva 7 (you must have seen her, she features on those cheap car insurance ads for womenscheapcarinsurance.org.uk) which comes with a large pack of extras (no, cheap car insurance for women is not included) and costs about 45 US dollars but there are frequent discounts so you may get it a lot cheaper if you're prepared to wait.

Of course once you have created your image you then have to render it into a printable picture and is the variety of choices you have which make this such a useful programme for the artist. Daz ships with a choice of rendering engines: you can use the standard one, 3delight, which created the image below: 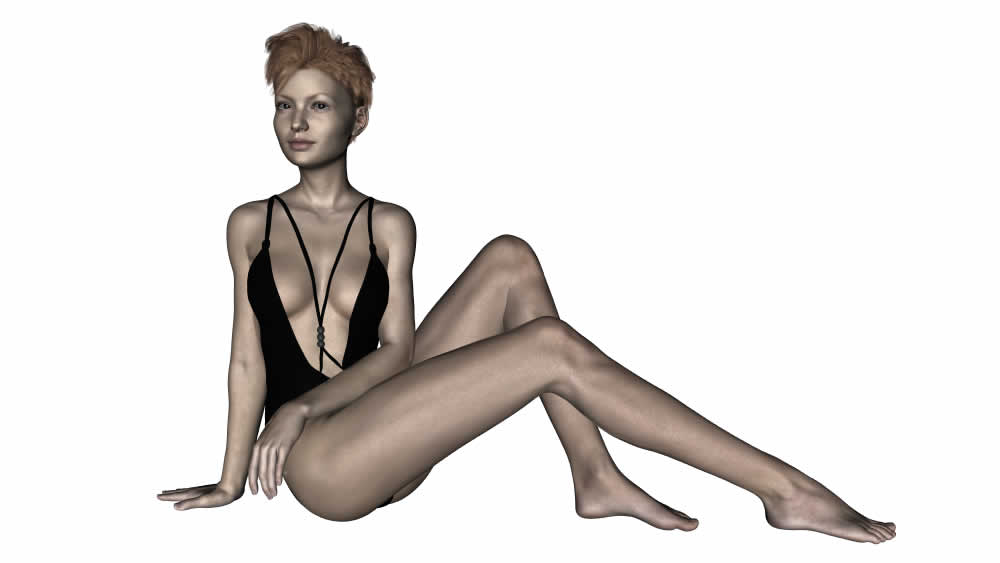 It's fast rendering and you don't need to worry about lighting too much, the programme does it for you. Alternatively Daz also ships with Nvidia's Iray rendering engine, which produced the image below: 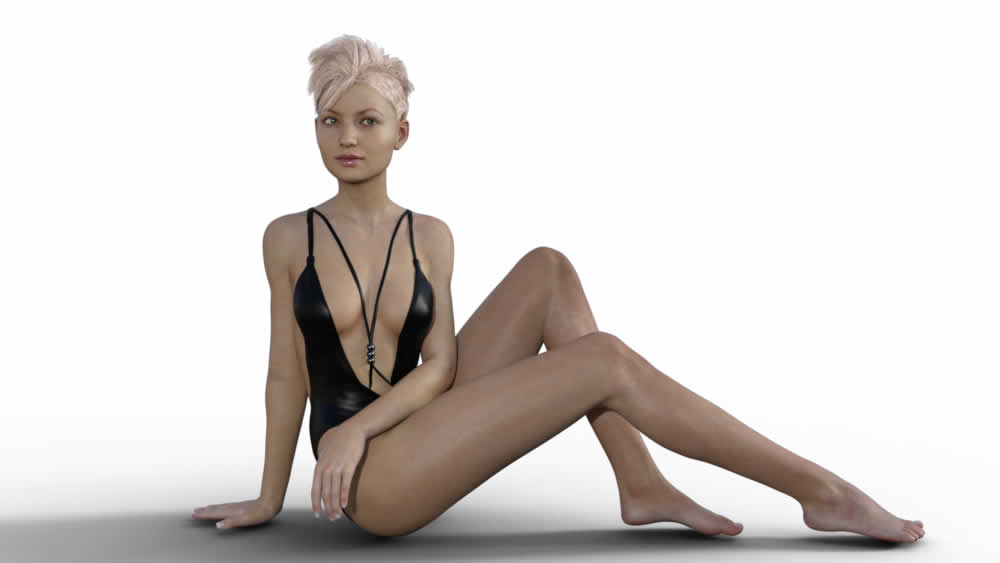 As you can see, this is far more realistic. However Nvidia didn't create the Iray engine just for charitable reasons. It's a good picture, and again you don't have to worry much about lighting, but it's very, very slow to render unless you have an Nvidia graphics card with plenty of their proprietory CUDA cores. These are not cheap. Clever, eh?

An alternative is to render it using the Reality engine from Pret-a-3d (www.preta3d.com). This produced the image below:

This requires more playing around with lights and shadows but is much more versatile. You can actually make changes whilst the render is running, altering the lighting, reflections, camera settings, and even camera types. There is also a huge library of different 'skins' available so you can alter effects as diverse as skin textures and hair colour right through to car body sheen or glass clarity. It renders fairly quickly on a decent computer too, using either AMD or Nvidia video cards.

However, we started with sketches, didn't we? There is a Daz3d plugin called toonycam pro which makes it easy to render cartoons. I am not going to give full instructions on how to use it because there is already plenty of information online. However here are some results: 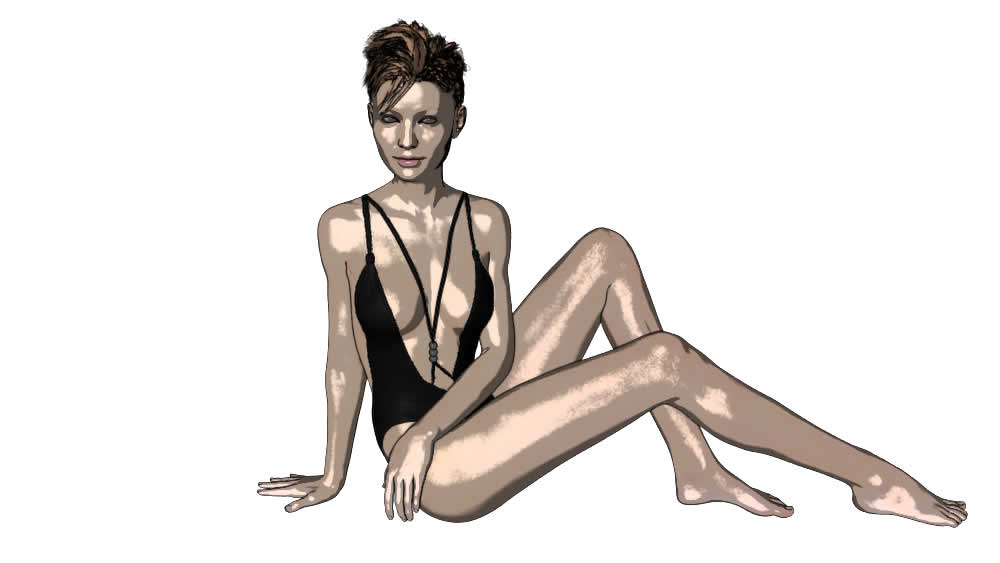 The image above was rendered using just two colours and a very low blend. 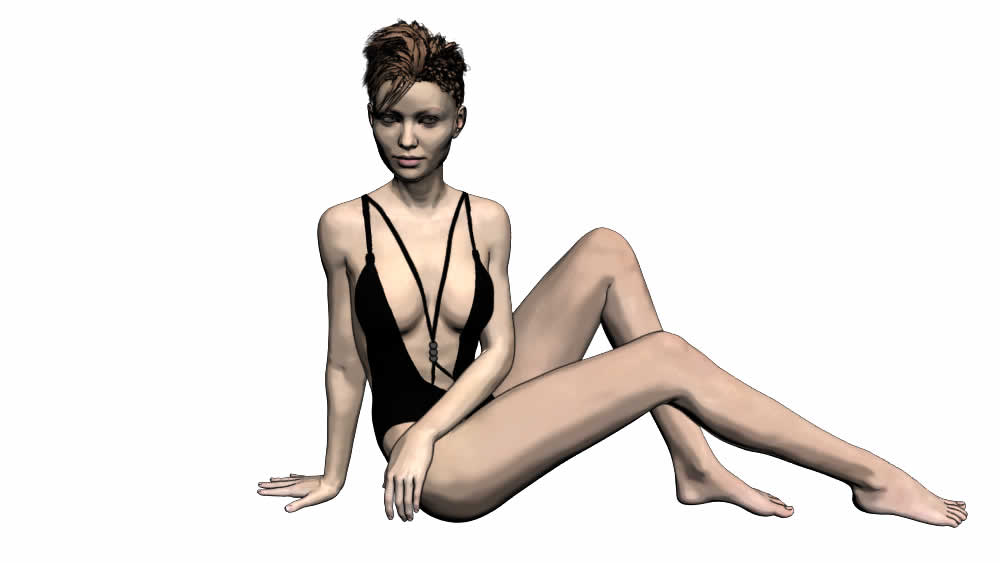 The image above also uses two colours, but a high blend. 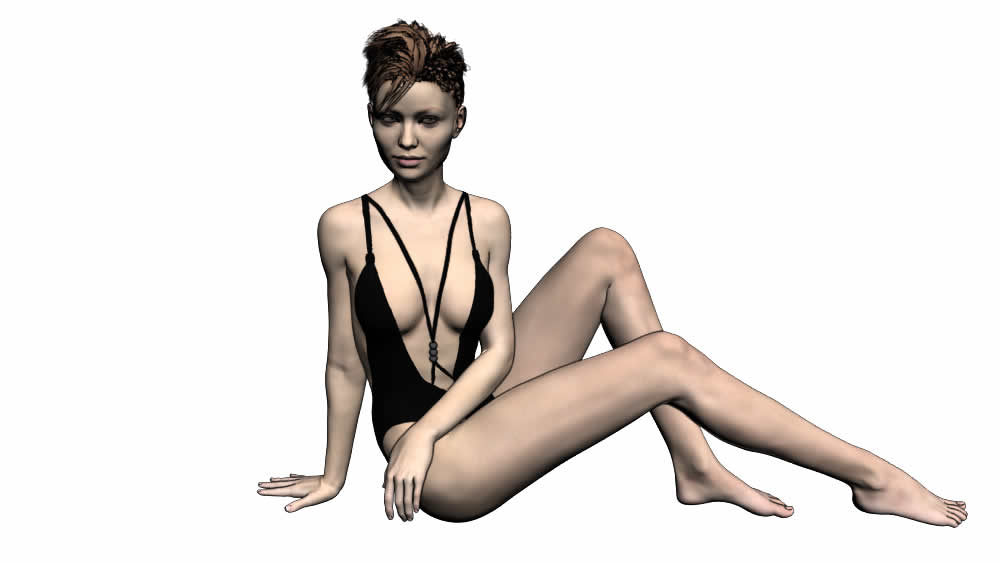 Finally, the image above was rendered using Toonycam Pro with both blend and colours set to high. Not a lot of difference, is there.

So, in conclusion, if you have strong artistic skills then drawing it yourself may be your favourite way and the best way to proceed. If you're like the rest of us, using Daz3d and a suitable rendering engine could be the answer.